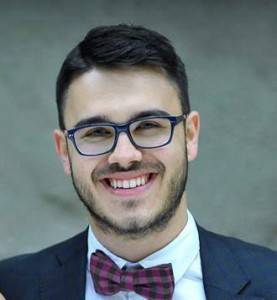 *Marko Georgievski was born in Skopje in 1989. In his early ages he showed potential  of working in a team, proved by his engagements in primary school. He was part of  many competitions during that period, showing his willingness for competing that  shaped his future development.

Georgievski holds a BA degree in Financial Management from the Faculty of Economics in Skopje at the St. Cyril and Methodius University. Currently he is engaged at a Master Program in Statistical Methods for Business and Economy at the same Faculty. Georgievski’s main interests are cars, business planning, entrepreneurship, micro and macro indicator data analysis and events organization. During his third year of studies, together with two of his colleagues, he won the first price at the Fifth National Business plan Competition organized by NCDIEL and The Austrian Development Foundation. Georgievski is co-founder of the first crowdfunding platform in Macedonia,www.letsfundit.mk.

* Viktor Mitevski was born in Skopje in 1990. From his early ages he has expressed his interest towards leadership and Civil Society activism. In his early teenage years he has engaged at the youth organization called “Children’s Parliament of Macedonia”. Soon after his enrollment he became responsible for the international collaboration. The experience he gained during these years played a significant role in his further development.

Viktor Mitevski holds a BA degree in Financial Management from the Faculty of Economics in Skopje at the St. Cyril and Methodious University. Currently he is engaged at a Master Program in Statistical Methods for Business and Economy at the same Faculty. Mitevski’s main interests are business planning and quantitative economic researches. During his third year of studies, together with two of his colleagues, he won the first price at the Fifth National Business plan Competition organized by NCDIEL and The Austrian Development Foundation. Currently he is one of the three owners of the newly formed enterprise “VAM Bidi Viden DOO”.

* Biljana Stojkoska was born in Skopje in 1989. She graduated “Art and Design” in 2011 at the European University of Skopje, department “Interior design”. Currently she is engaged at a Master Program inArchitecture and Design at University American College Skopje. She designed the Summer Work and Travel Alumni organization’s logo.

Biljana was participant of Summer Work and Travel Program in 2012. She worked as a host in Hard Rock Café and as a server in Top of the Falls Restaurant in Niagara Falls, NY State. She highly recommends this program to everyone who have opportunity to be part of it. 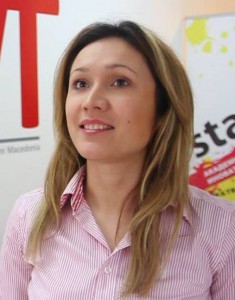 * Bojana Naumoska is currently involved in her master studies in Political management and she is actively involved at the “Research Institute” as a project assistant manager.. She graduate in 2011 at the Faculty of Law “Iustinianus Primus” in Skopje and hold a degree of Political Science. Bojana is also part of the Presidency of ATA Macedonia, an organization which covers a specific area of strategic importance for the Republic of Macedonia, such as the Euro-Atlantic integration and promotion of the Euro-Atlantic idea and values in our society. Bojana has actively participated at the core group at the Boris Trajkovski International Foundation. Miss Naumoska has served as a volunteer in Interklutura for a year.

So far she has been to the W&T Program for three times and she highly recommends it to every student who will have the opportunity to go on this program. 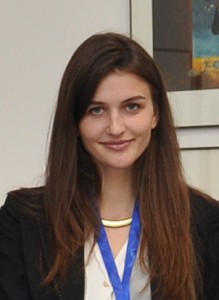 * Ksenija Popovic has a Bachelor degree of Financial Management and graduated at the University St. “Cyril and Methodius”. Currently is on a masters program of Statistical Methods for Business and Economics. She is engaged with volunteering at the Clinical Center as an administrator. She has been participating in many youth leadership trainings.

Ksenija is one of the founders of the Summer Work & Travel Alumni Macedonia and strongly believes in the values a student could gain from this program. She stands for cultural exchange, volunteer spirit, hard and well paid work, traveling, principles which are the main core values of W&T Program. 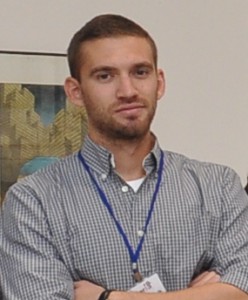 *Luka Sredojevik holds a Bachelors degree of Business Informatics from the South East European University in Skopje. He has taken the primary seminar for selling and negotiating life insurance policies at the Austrian brokerage insurance intermediary company WVP and has reached to the second level coworker. Meanwhile he is an intern at Zenith Optimedia (Publicis Group) Macedonia at the media planning department.

Luka is one of the founders of the Summer Work & Travel Alumni Macedonia. Through his engagement at the Association he believes that he could improve the W&T Program and share and apply his experience and knowledge with the next generations of students and the society in general.

* Simona Stankovikj has graduated economics at the Faculty of Economics at the University of St. “Cyril and Methodius” in Skopje on the department Financial Management in 2012.  Currently she is enrolled to a masters program at the same Faculty on the department of Monetary Economics, Finance and Banking. Simona Stankovikj is Alumni student and she has been to US on the Summer Work and Travel Program in 2011. She worked at Wintergreen Resort, Virginia.

*Slavica Todorovska graduated in 2012 at the Faculty of Economics in Skopje and holds a Bachelor of Financial Management degree. Currently she is enrolled in MSc Program in Statistical Methods for Business and Economy at the same Faculty. In the last few months she has been teaching Mathematics, Chemistry and Physics for children from 10 to 15 years old. During her undergraduate studies she was working as a teaching assistant at the Faculty of Economics on the subject Principles of Statistics.

In 2009 she was part of a seminar organized by TAM/BAS Bass Program which was focused on highlighting the importance of female entrepreneurs. In 2012 she attended W&T Program and she worked in Pensacola, Florida. She highly admires and recommends this program to all the students who wish to have a summer of a lifetime.

*Elena Zafirovska has graduated at the Faculty of Philology at the University of St. “Cyril and Methodius” in Skopje on the department of Translation and Interpretation from Macedonian to Italian and vice verse in 2012.  Beside Italian language she is also fluent in Spanish. She completed and passed the DELE Intermedio (B2) in 2010. Meanwhile she is preparing for DELE Superior (C2).

One of her biggest interest is business planing and ideas development. In 2008, during her first year of college she participated at the First National Business Plan Competition organized by Junior Achievement Macedonia. Together with her team mates they were the youngest finalists among ten teams of professional managers.

Zafirovska went for the first time on Work &Travel Program in 2010. She worked as a server and housekeeping on Cape Cod. The second time, in 2011, she worked as a sales assistant in a jewelry store in Ocean City. She recommends the Program to every student who wants to experience the US way of living.

Stefan Stepanoski is a senior at the Journalism at the Faculty of Law “Iustinianus Primus” in Skopje. He has been active in NGO sector as a member of PEL, which aims to improve the situation of young people and women in all areas of social life.

Stefan is Alumni student and he has been to US on the Summer Work and Travel Program in 2012. He was working in one of the biggest supermarkets in North Dakota. Stefan is one of the founders of the “SWT Alumni Macedonia”

'Founders' has no comments